It is with a very heavy heart that I need to share with you all the loss of one of my GSoW editors. I do not know the circumstances of his death, and how he died is not important to this story.

Fred friended me on Facebook Dec 24, 2012 with this message "I am completely new to WP, I have no account and no experience. I would love to help out in any way I can though, I suspect it will be more rewarding than commenting on facebook posts, lol." He was spot on with that. He invested his time on a project that really makes a difference, his contributions, lasting.

Fred was generous with his time, had a great positive attitude, and quickly became someone that took on responsibilities. GSoW thrived on Facebook groups for over a year, but we kept growing and we wanted to mingle the languages, so we built a forum. Fred was chosen to be the team leader of one of the English teams, Sagan. He remained an important part of our growth until a few months ago when he asked to step down for personal reasons.

During his tenure with GSoW he worked on some really great pages, Hemant Mehta, Ruth Hurmence Green, the Skeptic Booklist and the Military Association of Atheists and Freethinkers (MAAF). For someone with no experience he took on the challenge and made a difference. Fred also worked behind the scenes, training and supporting other GSoW editors. On our forum, he introduced himself and added " My experience with editing WP articles is limited but Susan keeps me around for her own amusement." And I would have too, he was that kind of person, you just wanted him on your team. I'm glad that even though it was a short time, I can say he was on my team.

I'm trying not to get all soppy, which is difficult during this emotional time. I think this is a great reminder that there are all kinds of special people out there, people who you haven't met yet, and maybe if your lucky, like I was, you will get a Facebook friend request from one of them and find out you have just met a very special person. The line "A pair of facts beats a full house of myths." was Fred's signature on our forum.

Fred we miss you.

The person on the forum that knew him the best was Lei Pinter who wanted to share her thoughts with you also...

I lost a friend today. We only met once in person but we had a special friendship nonetheless. We worked together on editing a couple of Wikipedia pages and trained other folks how to make the edits as well. It sounds kinda dry, I realize, but for a couple of IT geeks it was an oddly cathartic hobby.

The one time we met he went out of his way to join my sons and me at dinner while I was near his hometown on a business trip.  We had talked online a few times, had some similar life experiences, but this was our one and only face to face meeting. As we all sat down over a full spread of Mexican food we felt like old friends. Talking about his experiences in the Air Force, comparing notes on current IT fads, and falling into an instant kinship over our shared hobbies. It meant a lot to me that he took the time out of his busy evening  to meet with us. But from what I have read online that was his personality all of the time - kind, gentle, and very family oriented.

I don't know the details of his passing, and may never know. But I know that he made an impact on the world. Writers like Jennifer Michael Hecht often talk about how hard it is to pay attention to life as we are living it. But just in the act of having made it this far our friends have "made it to the first reel". And a little piece of them sticks with us and makes us better people by association. 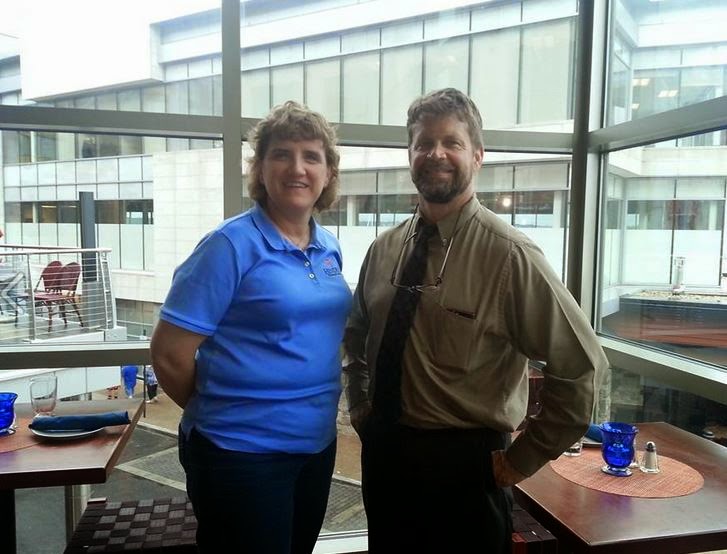